Monday began with a retrospective following publishing our guidance on GOV.UK. We concluded most things had gone well thanks to the high degree of trust built between the policy and digital teams over the course of the past year. Where things had gone less well, not understanding each other's process, and policy and digital people not having a common language was often at the heart of the matter. These are definitely things we can work on, and incorporate into our ways of working.

We were celebrating as well as deliberating, so we had tea, and our policy friends brought some great cake to go with Jake's strawberry and coconut tray-bake, Ed's muffins, and Paul's golden fairy buns.

Paul also made stickers inspired by Ken Garland's Connect which he imagines combining with stickers made for future projects to build a landscape of connected registers, or something. 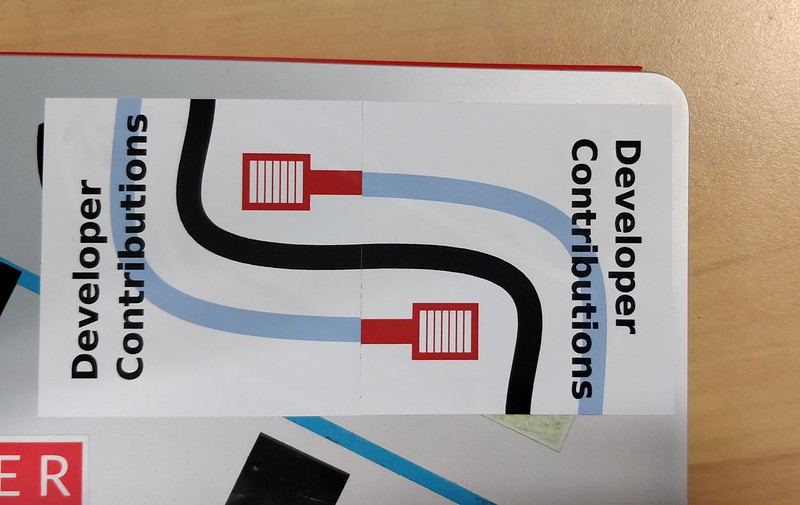 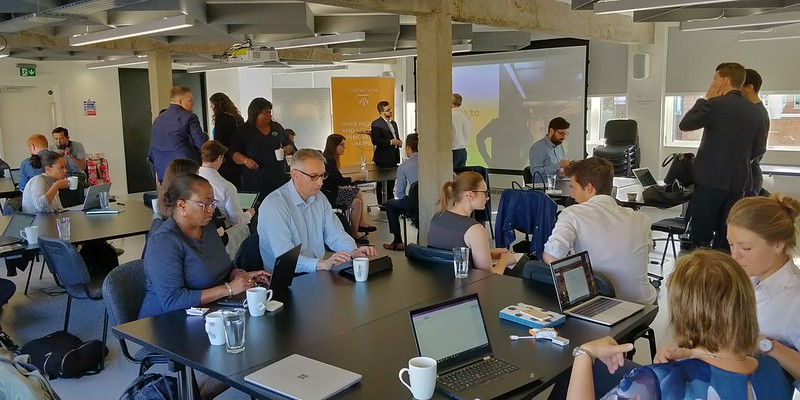 Wednesday, we ran an event hosted by Alex Wrottesley at Geovation on how PropTech companies can help people across government. We had attendees from a number of different teams in our department along with people from Homes England, the Geospacial Commission and Transport for London, as well as a number of other central and local government organisations. This was the culmination of a lot of work from Jess along with Natalie, Ed and colleagues from the Housing Delivery directorate.

Paul Maltby, nicely explained how connecting PropTech companies, our users, is a growing part of his role as our Chief Digital Officer.

Jess also attended a number of events as a part of PlanTech week, and Paul presented at the PlanTech for Local Government event at City Hall [slides].

We particularly liked the Royal Town and Planning Institute and Connected Places Catapult vision for the digital future of planning which we see as being entirely compatible with the vision for digital land.

Meanwhile, Lorna went to a cross-government user research ethics meetup, Rebecca heard about the future of finance and how experiments lead to more responsive, efficient and effective services at the Nesta Innovation in Government summit, whilst Emily and Jake represented us at Sprint 19. 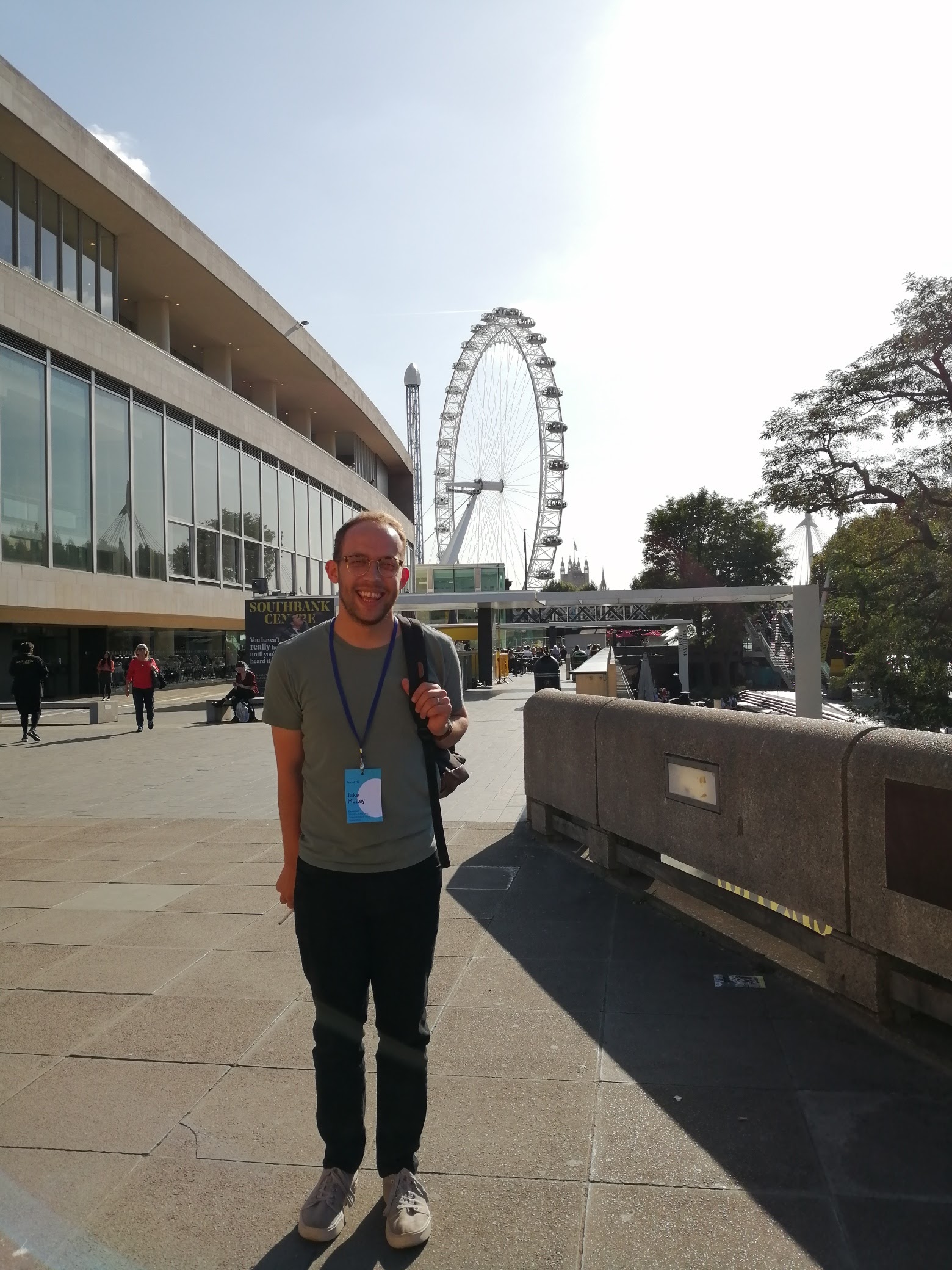 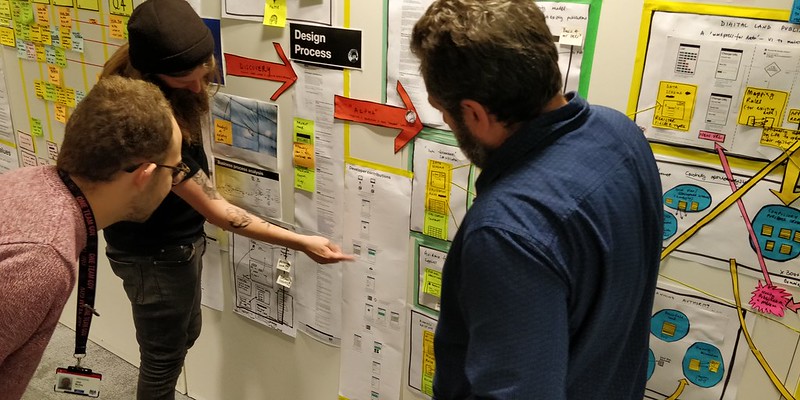 Adam and Jake continued work on the collector, validator and other tools needed for the Developer Contributions and Compulsory Purchase Order user-flows Matt and Lorna sketched out last week with Helena. Michael drafted content for our new local plans end of discovery page, ahead of Helena returning from holiday.

Paul and Adam continued to look for simpler approaches for keeping and maintaining the central registers for links and codes we need to support developer contributions, brownfield and other devolved registers. 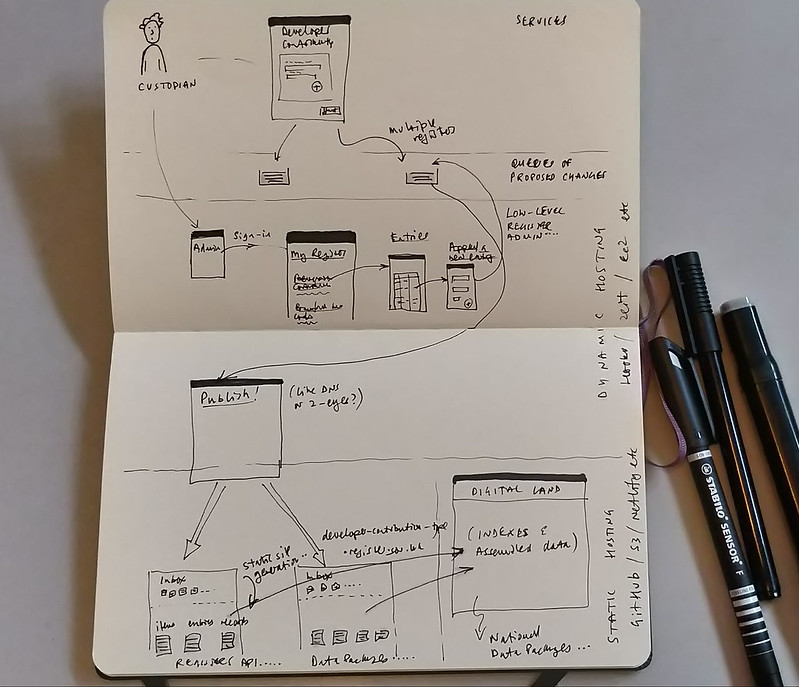 Paul caught up with Mark Cridge of mySociety, and heard about their recent discovery into ways of empowering residents of tower blocks.

Alice, who is our policy community lead, wrote about Defining the Service Owner role for MHCLG and we've an opening for a service owner on our jobs page, along with a content designer who will be lucky enough to work with Emily.