This sprint we’ve done a lot of work on local plans, and Paul has written guidance on finding the local authority from an address.

We’re sad to see our developer Jake leave the team for a new role at the Ministry of Justice. He’ll be missed by us. However, we’ve already sifted some great applications for his replacement.

Jess and Lawrence both spoke at recent PropTech events addressing the role of public sector in supporting built environment innovation, sharing work of the department and hearing from other key organisations.

We’ve had 2 show and tells this sprint. Ben Duckworth, who works with Natalie on Digital Planning, attended our team show and tell, and we’re looking forward to working closely with Ben. Some of the team also held a show and tell with Minister Pincher, covering the activity of the Digital Land team and the data, policy and PropTech work underway.

We’ve also been working on our roadmap, making it more outcome driven and adding policy milestones.

Colm created a diagram that maps out a digitised planning ecosystem. It attempts to highlight how data and standards could underpin a modernised planning system that unlocks the potential for innovation in the PropTech sector and helps satisfy user’s planning and housing needs: 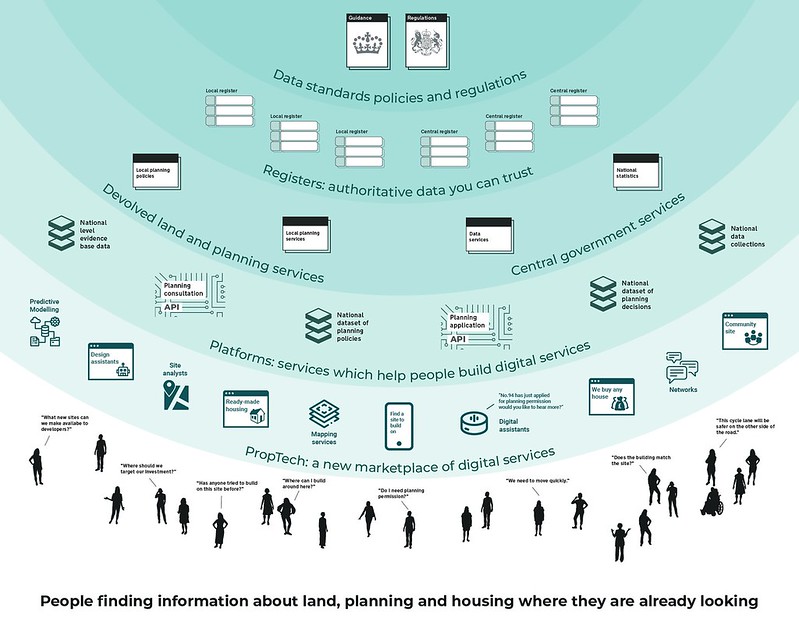 He has also created a diagram (see full version of local plans schema diagram) to explain how the different schemas that make up the local plans dataset specification fit together: 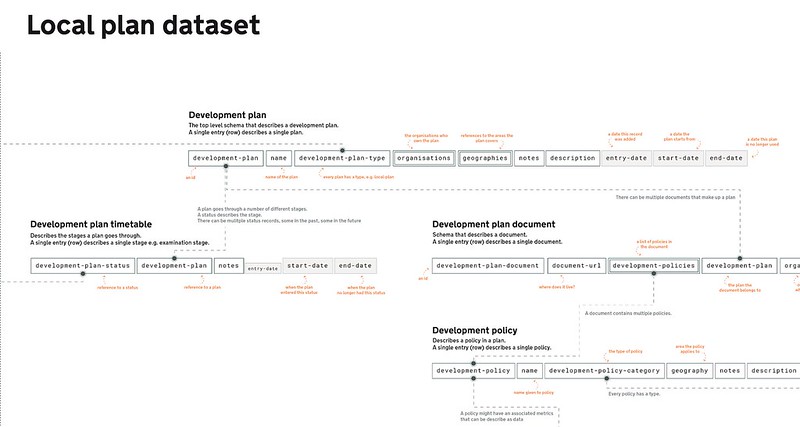 Lorna and Loic finalised the user research plans for beta. There will be 2 strands to the work: speaking to new groups of potential consumers of local plan data, and providers of local plan data. Read more about the research we’ve got planned in the slides Lorna presented at our Show and Tell.

Jon has continued working on the system that will be building the local plans dataset. The data from the housing numbers prototype has been migrated to our new specification, and the generalised pipeline is now able to read the specification files.

Paul wrote some guidance to help people building services find the local authority for an address. This is backed by some analysis into how many addresses with the same postcode span a local authority boundary. The code is in a Jupyter notebook in a GitHub repository. 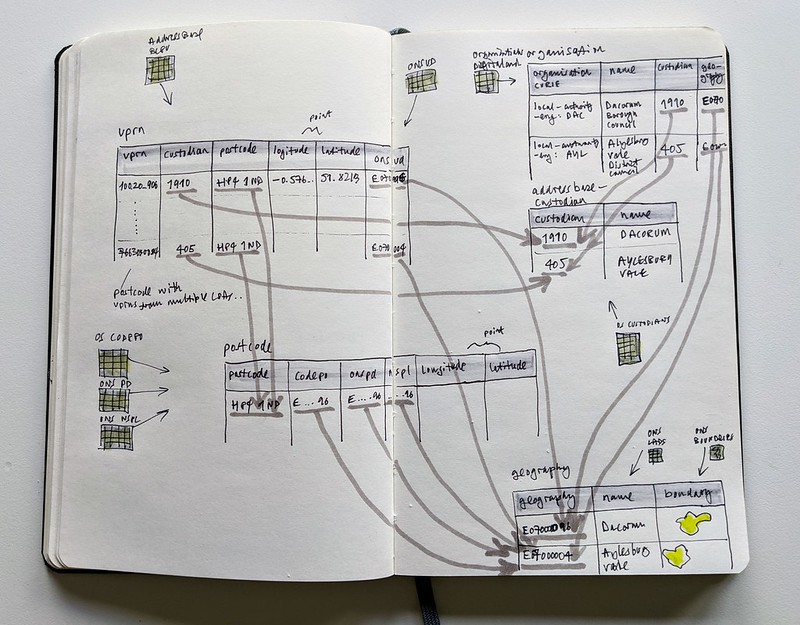 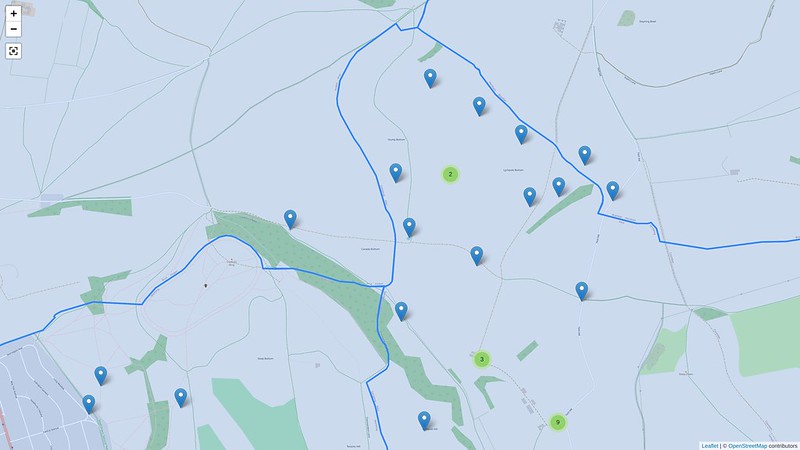 And the postcode “CV4 7ES” has more than 6,000 UPRNs split evenly between Warkwickshire and Coventry: 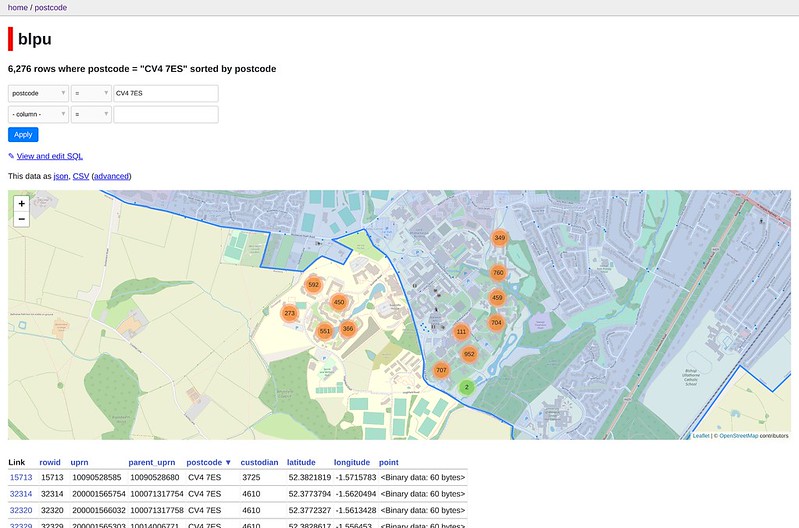